Over the coming days and weeks if you find yourself at home and with some time to relax why catch up on some sensational Yorkshire based and Yorkshire inspired productions. Now is the chance to watch that Box Set or film that passed you by. Thanks to our colleagues at Screen Yorkshire we are able to bring you a selection of productions to watch and enjoy in the comfort of your front room.

Yorkshire has attracted an increasing number of high-profile productions in recent years, with some of the industry’s biggest names attached. An outstanding area of natural beauty, the largest county in England offers large sweeping vistas of moorland, coastline and the stunning Yorkshire Dales. 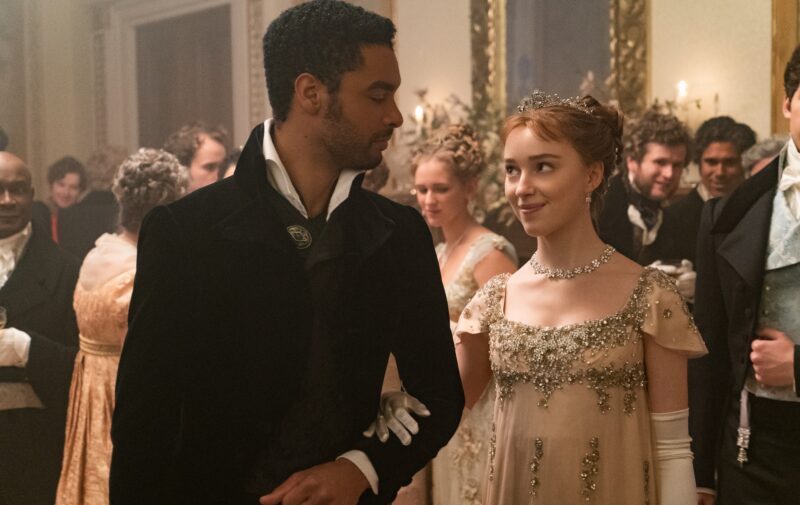 About: Following in the footsteps of popular period dramas such as Downton Abbey and Victoria, this new series brings the traditional elements with a dose of modernity and a slightly steamier narrative. The show is described as "Downton Abbey meets Gossip Girl" which is a concept that needs to be seen to believed. Bridgerton is primarily set in 1800s London and follows a handful of debutantes and their families as they navigate the search for suitable husbands. You can expect glamourous ball scenes set against magnificent stately homes (including one of Yorkshire's own) and a pot-stirring narrator.

Yorkshire Filming Locations: Bridgerton was shot in 2019 at Castle Howard and Coneysthorpe which feature in the series as Clyvedon Castle and Clyvedon Village, the Duke of Hastings’ family estate. Look out for plenty of handsome angles of Yorkshire’s most grandiose and glamorous country estate.

About: We all know the story of Guy Fawkes and his plot to blow up the Houses of Parliament – but do we know the whole story? This thrilling BBC retelling of events leading up to that fateful day.

About: The English Game, a new six-part drama from Netflix, charts the origins of football and how those involved in its creation reached across the class divide to establish the game as the world’s most popular sport.

About: Bafta-winning series following the surprising and uplifting journey of Celia and Alan as they rekindle a passionate relationship after 60 years apart. Their marriage is proof that, whatever your age, relationships will always be complicated.

Yorkshire Film Locations: Last Tango In Halifax is set in the Calder Valley and filmed widely across Calderdale including Halifax town centre, Sowerby Bridge, Ripponden and Elland.  Other filming locations include: Bridlington, Ilkley, Batley, Doncaster Sheffield Airport, the Royal Armouries Museum (Leeds) and Broughton Hall (Skipton).  The production was based at Studio 81 in Leeds.

About: BAFTA nominated writer Sarah Phelps returns to explore the 20th Century through Christie’s work. This time the setting is the 1930s, a time when the nation is dangerously divided and suspicion and hatred are on the rise. In the midst of this, Poirot faces a serial killer known only as A.B.C. First the killer strikes in Andover, then Bexhill. As the murder count rises, the only clue is the copy of The ABC Railway Guide at each crime scene. Poirot’s investigations are thwarted at every turn by an enemy determined to outsmart him. If Poirot is to match his nemesis then everything about him will be called into question: his authority, his integrity, his past, his identity.

About: The Doctor, a Time Lord/Lady from the race whose home planet is Gallifrey, travels through time and space in their ship the T.A.R.D.I.S. (an acronym for Time and Relative Dimension In Space) with numerous companions. From time to time The Doctor regenerates into a new form (which is how the series has been running since the departure of the original actor, William Hartnell, in 1966).

About: A dramatization of the life of LGBTQ+ trailblazer, voracious learner and cryptic diarist Anne Lister, who returns to Halifax, West Yorkshire in 1832, determined to transform the fate of her faded ancestral home Shibden Hall.

About: The merging of two schools causes plenty of problems for headmistress Mandy who has to deal with explosive fall-outs and problem pupils.

Yorkshire Film Locations: filmed primarily at Halifax, but also in Leeds and Bradford.

About: The true story of a British whistleblower who leaked information to the press about an illegal NSA spy operation designed to push the UN Security Council into sanctioning the 2003 invasion of Iraq.

About: The continuing story of the Crawley family, wealthy owners of a large estate in the English countryside in the early twentieth century.

About: A British woman recalls coming of age during World War I - a story of young love, the futility of war, and how to make sense of the darkest times.

About: Following the death of her father, Alice (Ruth Wilson) returns to her home village for the first time in 15 years, to claim the tenancy to the family farm she believes is rightfully hers.

About: Four children (the Swallows) on holiday in the Lake District sail on their own to an island and start a war with rival children (the Amazons). In the meantime, a mysterious man on a houseboat accuses them of a crime they did not commit.

About: The film follows orphaned Mary Lennox as she explores her uncle’s mysterious Yorkshire home and discovers the locked secret garden. With the help of her new friend Dickon "Amir Wilson" the children manage to bring the garden back to life.